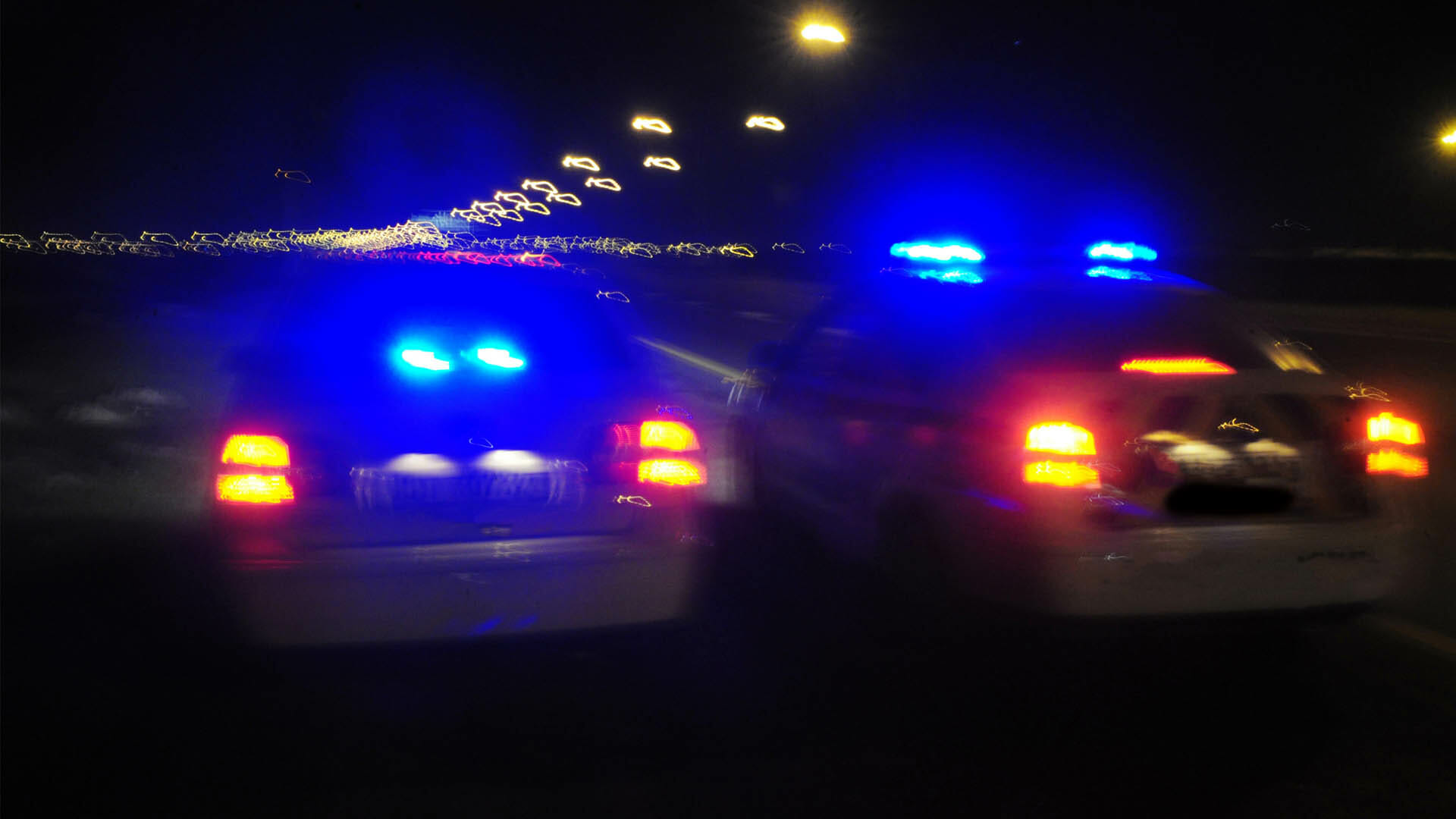 MVR. PII. BTB. If you’re not familiar with these background check terms yet, you will be in 2020. These hot-button items will spur new legislation, lawsuits, and lots of hiring questions in the new year. The EBI Screening News Weekly Wrap presented by Jennifer Gladstone breaks down what business owners, HR pros, and job applicants need to know about screening industry changes.

An Illinois state appellate court has upheld a multi-million-dollar negligent hiring verdict involving an extremely dangerous truck driver. The Cook County jury awarded the plaintiffs more than $19 million in compensatory damages, and $35 million in punitive damages owing to “willful and wanton” conduct by the driver’s employer.

The lawsuit stems from a 2011 accident caused by truck driver David Lee Johnson on an Indiana highway. Court documents show Johnson was driving well above the speed limit with a suspended license and didn’t notice a driver going the wrong way. While other drivers managed to swerve out of the way of the wrong way driver who later died, Johnson slammed into a Jeep in front of him. That Jeep then smashed into the fuel tank of another big rig.

James Denton, the driver of the Jeep and plaintiff in the lawsuit, survived but has had nine surgeries trying to recover from the crash. He’s been unable to work since the accident.

It turns out speeding and driving with a suspended license were just the latest incidents involving Johnson’s bad behavior behind the wheel. The suit alleges the trucking company should never have hired and retained Johnson for as long as it did. Here’s some examples from Johnson’s extensive driving rap sheet:

The trucking company’s safety coordinator testified Johnson’s felony convictions automatically disqualified him from being hired. His application should’ve been rejected at that point. Instead, the company’s safety director labeled Johnson as a “marginal candidate” and hired him anyway. The trucking company never ran Johnson’s motor vehicle report and didn’t screen his driving record after he was hired.

An MVR will check for several pieces of information that show on a driver’s license as well as other violations, crimes, and other driving-related information. 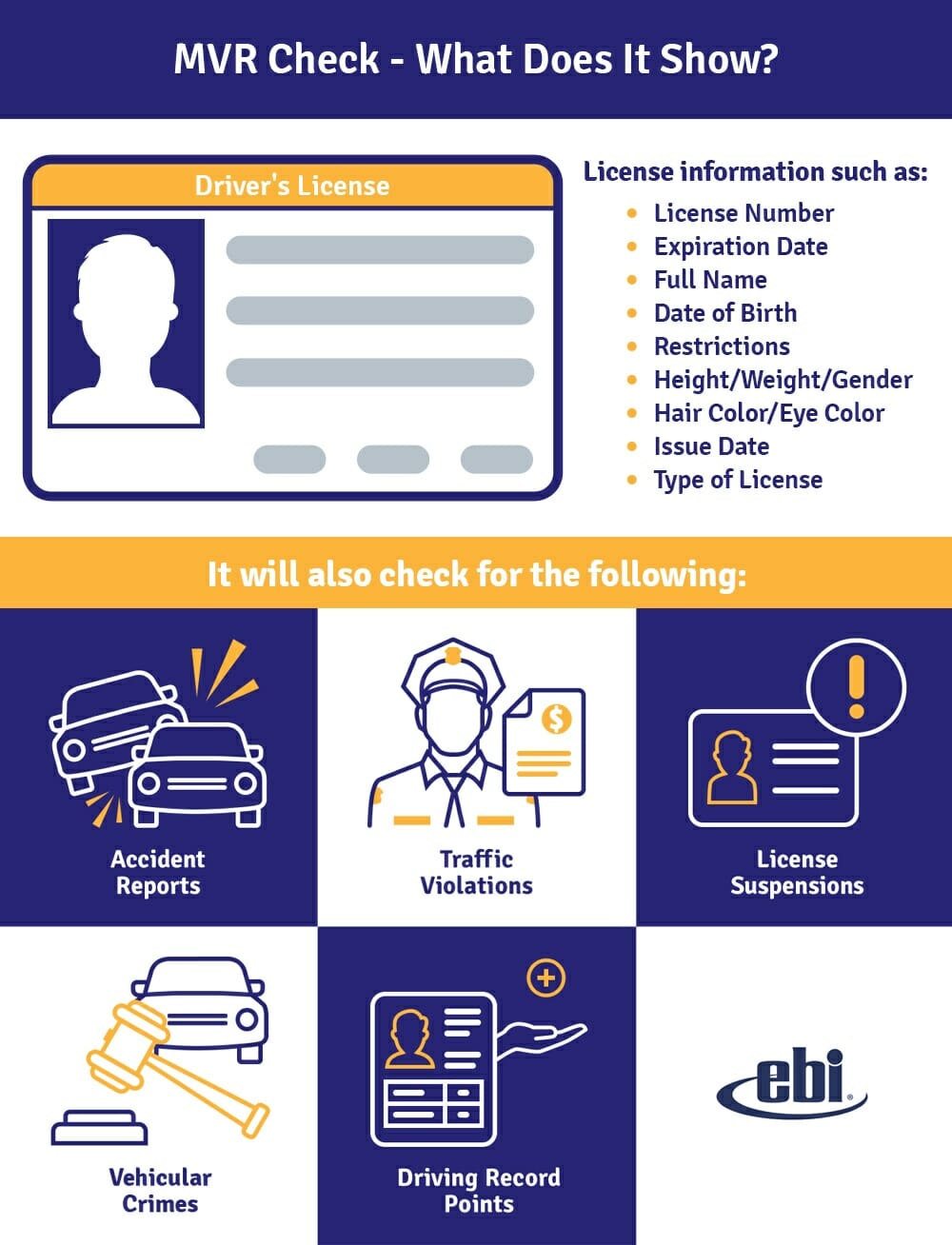 MVRs are an important piece of the background screening process for many industries. If you are working in a Department of Transportation (DOT) regulated industry, you are required to request a new copy of each driver’s MVR every 12 months.

This lawsuit is a prime example of how failing to conduct proper background checks and act on negative information cost an employer dearly.

EBI understands the policies and regulations of DOT-regulated employment verifications. Let us help you keep your best drivers on the road! Send a question to “Ask an Expert” and we might feature it in an upcoming segment!

Do You Know Who’s Reviewing Your Tax Returns?

Federal tax returns are reviewed by a handful of people during processing and, potentially, by many other people depending on what programs a taxpayer applies for. Everything from local assistance to financial aid requires the submission and processing of a federal tax form. As we all know, these forms contain valuable information that could lead to financial disaster if they end up in the wrong hands.

So, have you ever given much thought about who has access to your federal tax forms after you submit them?

The IRS requires criminal background checks and FBI fingerprint screening on contractors and public employees who have access to federal taxpayer information. Some states though, like California, have been slow to adopt these regulations and are trying to catch up.

Before the new screening started, the state sent notices to labor unions that all employees would be subject to a criminal history check, and those with past criminal convictions would be terminated. Representatives from the state say departments started working with union reps to reassign dozens of people who might be affected by the background check requirement.

So far, California’s new screening policy has flagged three employees. One retired, the second left the department, and the third is pending further review. Each employee will be rescreened every 10 years as part of continuous background screening.

“Just because information is accurate and up to date when a background check is initially run doesn’t mean things won’t change over time,” says Jessica Cohen Taubman, Compliance Manager at EBI. “That’s why continuous screening is so important – to ensure employers know they have a safe and reliant workforce. This is especially important when employees will be working with sensitive information including financials and Personally Identifiable Information (PII).”

(Don’t) Show Me The Money

Much like Ban the Box laws, salary history bans are an HR trend we keep our eye on at the Screening News Network. HR Dive reports there are currently 17 statewide bans and 19 local bans, and more states and local governments will adopt salary bans in 2020.

Salary ban laws forbid employers from asking job applicants about past pay. The aim is to reduce pay discrimination and focus on finding candidates with the right qualifications and skill set to best perform a job.

“While salary reporting restrictions may be a little bit tricky to work with at first, it’s overall a really positive step in the right direction to reduce the wage gap,” says EBI’s Cohen Taubman. “Applicants and employees will be offered pay commensurate with their experience and job demands and not on the salary they have earned in the past, which may be influenced by external factors.”

Experts say many employers are taking the law seriously and removing the question from job applications and providing training to hiring managers. But the onus remains on candidates to deftly maneuver around the question, if it still gets asked. Need a smart answer at the ready? Read this Washington Post article for tips.

ICYMI: Did you know both natural hair color and hair treatments can affect the results of drug testing from hair samples? We have the hair-raising details, bound to affect certain industries, in the EBI Screening News Weekly Wrap. Subscribe here.