The fallout from the nation’s opioid crisis continues impacting workplace drug testing laws. The EBI Screening News Weekly Wrap presented by Jennifer Gladstone shows us how two industries – one white collar and one blue collar – are handling the mess.

Plus, applying for a new job this year? We have an important scam alert on how cyber crooks are using fake job listings to steal your information.

Bribery. Fraud. Drugs. Conspiracy. If this sounds like the plot to a Best Picture Oscar nominee, you’d be making a great – albeit – incorrect guess. This is the story of the downfall of the people behind a pharmaceutical giant linked to the nation’s opioid crisis.

Authorities say John Kapoor, founder of Insys Therapeutics, Inc., and his executives paid doctors millions of dollars in bribes and kickbacks to prescribe the company’s highly-addictive oral fentanyl spray. They were also accused of misleading insurance companies to get them to pay an exorbitant amount for the pain killer.

Kapoor was recently sentenced to five-and-a-half years in prison for his role leading the scheme. He may also have to forfeit up to $113 million in assets to the government. So far, Kapoor is the highest-ranking pharma executive to be sentenced in an opioid case.

The company’s vice president, former national sales director, and a regional sales manager were all sentenced to nearly three years in jail. The CEO pleaded guilty and will serve two-and-a-half years. A saleswoman was given 3 years of probation.

Over the last 20 years, more than 400,000 people have died due to their opioid addiction. This case is considered to be the first to hold an opioid maker and its c-suite criminally liable for the opioid crisis. Opioid use is forcing many industries, from Major League Baseball to coal mining (see below), to re-evaluate how they drug screen employees and what punishments or treatment plans are offered.

EBI is here to help. Please contact us if you have any questions or concerns about your drug screening policy.

ICYMI: Other Consumer Reporting Agencies leave quality standards to chance. Not EBI. Our ISO 9001 Certification ensures our quality solutions are consistently delivered, monitored, and measured. Find out what this commitment means to you.

One of our core values at EBI is to protect Personally Identifiable Information (PII) like it’s our own. We know the importance of privacy and data security. We are also one of the few Consumer Reporting Agencies to hold the ISO 27001 Information Security Management standard certification. That’s why this next story is so alarming.

Scammers are posting job listings on reputable job boards that look legit but are actually scams to steal PII. These cyber criminals lure applicants in, create real interview experiences, then ask for Social Security numbers, credit card information, and even banking details. By the time the job seeker realizes there is not a real job at the other end, their PII – and often a lot of cash – are gone.

This is especially concerning to our team at EBI because some of these cyber crooks are asking applicants to pay upfront for background checks. They say the money will be reimbursed in their first paycheck.

“Rarely do we see employment opportunities where an employer will charge a candidate for a background check. In fact, it’s prohibited by law in several jurisdictions, including California, Iowa, Kansas, Kentucky, Louisiana, Minnesota, Vermont, and Washington DC. However, we do see two types of situations where individuals are sometimes required to submit and pay for their own background checks. First, individuals who may be self-employed contractors may be required to provide a background check report to a customer in order to perform work at their customer’s location, and second, individuals who are volunteering their services to a volunteer organization.”

The cyber scam is now so widespread the FBI’s Internet Crime Center has issued a public service announcement to warn the public. So, how do you make sure you are not applying for a fake job?

The FBI’s warning signs include:

Have a question about PII? EBI’s “Ask an Expert” can help! Submit your question and we may feature it in an upcoming segment. 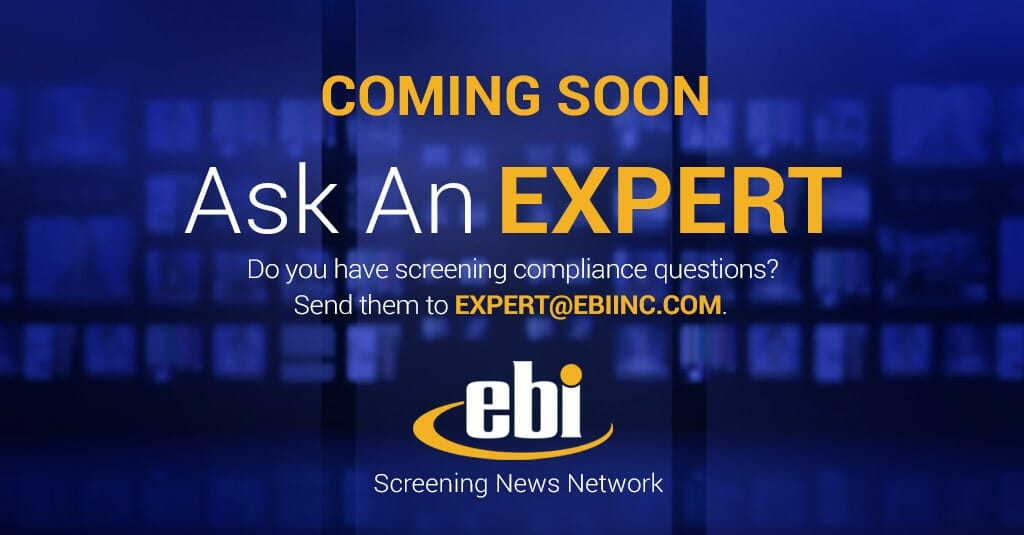 Eight years ago, West Virginia ratcheted up its fight against substance use in the coal mining industry. At the time, lawmakers believed there was a link between mining accidents and miners abusing drugs and alcohol. Since that law was passed, nearly 1,900 coal miners have had their certificates suspended because of failed tests.

Lawmakers are again digging deep to stiffen penalties against miners found to have drugs or alcohol in their systems. During the 2019 legislative session, the state increased suspension time from 3 months to 6 for those who fail drug tests. For those workers who refuse to take the test, or try to cheat, they will spend 18 months on suspension.

Mike Caputo, a West Virginia state delegate and retired mining official, told the Register-Herald he knew many minors who struggled with opioid addiction.

“They maybe hurt their back at work or had a knee injury at work or whatever and got over-prescribed opioids, and then when they quit getting them, they started kind of raiding their parents’ medicine cabinet, and then when they couldn’t get that anymore, they kind of went to the street. And they became addicts, through no fault of their own, in my opinion, and at the end of the day, they end up losing everything.”

Even though there is plenty of anecdotal evidence, the Office of Miners’ Health, Safety, and Training says there is no data to support the link between substance use and mining accidents. There is also no evidence the law is reducing coal miner drug and alcohol use.

It’s a strange position for employers to be in. Legislators keep increasing penalties for substance use while the agency responsible for miners’ safety can’t say for sure there is a connection between drug and alcohol use and mining accidents. So, what are employers doing to protect themselves?

In most cases, they are sticking with a zero-tolerance drug policy. Safety experts consider substance use on the job a serious threat to the safety of co-workers and customers. EBI is committed to helping employers provide a safe and compliant drug-free workplace. Request a demo of our drug testing solutions to see how we can help you.

This law will have to be revisited when the state’s medical marijuana program, which was passed in 2017, gets up and running.