Why Your Company Should be Drug Testing

There are a lot of things business owners need to worry about these days, and every single one of them seems to come with a price tag. Sometimes -- especially when you might be trying to tighten your belt -- it’s hard to see the return on something like drug testing until you take a step back and look at the big picture.

So what is the big picture here? According to the National Institute on Drug Abuse, 67.9% of all adults who use illegal drugs are employed. These illicit drugs could be anything from marijuana, cocaine and amphetamines to prescription opiates. Substance abusers are more likely to be late or absent, are less productive and are much more likely to be involved in a workplace accident -- many of which harm others. They are also more likely to file a worker’s compensation claim.

The 2007 National Survey on Drug Use and Health found that 44% of abusers have sold drugs to other employees, and 18% have stolen from co-workers to support their habit. The Substance Abuse and Mental Health Services Administration (SAMHSA) says drug and alcohol abuse cost American companies $276 billion every year from lost productivity and increased healthcare costs.

Drug testing employees both before and during their tenure can help cut these costs dramatically. Pre-employment drug tests will deter some people from even applying to certain jobs, but once is not enough. Just because a new hire starts with a clean record, doesn’t mean it will stay that way. Whether scheduled or random, ongoing testing protects much better than a one-and-done system.

Studies have also shown that workplaces with drug testing programs have better morale, less turnover, higher productivity, fewer accidents and healthier employees. Some drug-free organizations can also qualify for some state incentives or discounts on their workers compensation premiums.

If all of these things are still not enough to convince you that drug testing is essential, just think about this…

What happens when word gets out that you DON’T require a drug test to get a job?

Are you encouraging the right employees to come through your door? 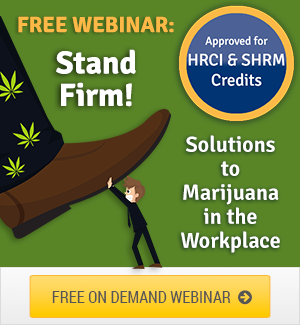