Pennsylvania judges find a nurse's drug test results fair game for subpoena, due to the distinction between "patient" and "employee."

When Drug Test Results are NOT Confidential

Many of us like to think our right to privacy is sacred -- especially when it comes to any kind of medical test results. But according to Pennsylvania’s Commonwealth Court, that right does not extend to a drug test given by your employer.

The question arose when a Pennsylvania hospital fired a nurse for failing a drug test. Someone alerted the state’s Board of Nursing about the failed test, and the Board decided to investigate. When they issued a subpoena for the test results, the hospital refused saying the information was confidential. According to a three judge panel, the hospital was wrong.

The state has a Drug and Alcohol Abuse Control Act that protects information from any “patient” that is getting treatment for addiction. Previous decisions at the federal level like Murray v. Surgical Specialties said that the word “patient” was not clearly defined, so they erred on the side of caution and said anyone giving samples for any drug or alcohol tests fell under this confidentiality. The Pennsylvania judges completely disagreed. They said that since the common definition of “patient” is “one under medical care” it can only apply to people who provide specimens for the purpose of getting drug or alcohol treatment.

If the nurse had sought treatment at the hospital where she worked, her records would have been protected, and therefore confidential. Commonwealth Court Senior Judge Bonnie Brigance Leadbetter said that since the drug test was administered in connection with employment, they are not covered by the statute.

This does not mean that drug testing results are open to anyone who wants to see them. Employers still need to treat results with care and only share the details on a need-to-know basis. The concern is even greater if the test reveals use of legal, prescription drugs. If this information is shared, there could be consequences under the Americans with Disabilities Act (ADA). The issue above concerned illegal drugs and a subpoena. It is important for employers to think ahead and have a plan for dealing with such requests. 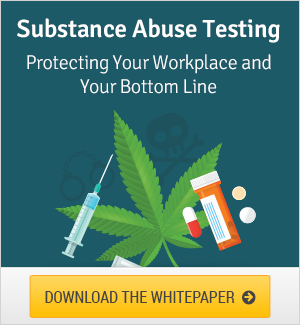