A survey by SRHM and DATIA reveals current trends in international drug testing, including overall growth, types of testing, and challenges. According to a poll conducted by the Society for Human Resource Management (SHRM) and the Drug & Alcohol Testing Industry Association (DATIA), more than half of all US employers conduct drug tests on all of their job applicants. Those that do said they believe the testing leads to an improvement in productivity, lower workers’ compensation cases and a decrease in employee turnover. Now, the trend is catching up internationally.

The survey found that the majority of international employers prefer lab-based drug testing, while instant testing is not yet gaining a lot of traction outside of the US. In fact, the use of instant-result devices is still not legal in many countries.

As for trends, CCG reports there is definitely a lack of government support for drug testing, especially in Europe. Other nations are having trouble keeping up with synthetic versions of illegal drugs that won’t show up on tests.

When looking into the future, respondents think oral fluid testing will gain traction in the international market, the number of companies utilizing drug testing around the globe will continue to grow and positive results will also continue increase.

To see what's happening in the US, watch our Three-Minute Update: The State of the Drug Testing Industry. 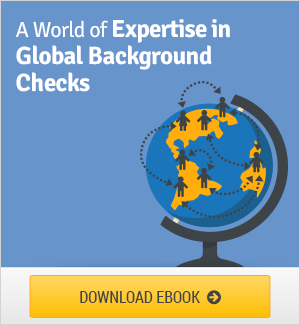