Kansas high schoolers uncover the truth about their new principal -- something that should have been caught if the school had done a better background check.

If you are a regular reader of this blog, you know that we are big proponents of not just criminal background checks, but we also really support the use of educational and employment verifications as well. These additional checks into your candidate’s history can tell you a lot. Are your candidates who they say they are? Do they really have those advanced degrees? Have they truly held all of those impressive positions?

A group of budding student journalists in Pittsburg, Kansas just gave us another great example of why these education verifications should be part of your hiring process. The school board hired a woman named Amy Robertson to be the new principal of Pittsburg High School. The newspaper team went to work to learn more about their new leader. But what they found led to Robertson resigning from the $93,000 a year job without ever setting foot in the school.

The young reporters started doing their research online and quickly had questions about the authenticity of Robertson’s master’s and doctorate degrees from Corllins University. Not only is the school not accredited, but there are complaints to the Better Business Bureau and accusations all over the internet that Corllins is a diploma mill. In fact, both addresses found for the school are nothing more than post office boxes.

Related Video: Why Verifications are Critical to a Good Hire

The students also found questionable information about Robertson’s educational work in Dubai over the last 19 years. They found articles from 2012 that said Dubai’s education authority had suspended the license for Dubai American Scientific School and accused Robertson of not being authorized to serve as principal of that school. The Wichita Eagle found that the private, for-profit school received an ‘unsatisfactory’ rating on Dubai education authority inspection reports every year from 2008 to 2012 and was closed in September 2013.

My favorite quote from all of the articles written about this is from 17-year-old Maddie Baden who said, “If students could uncover all of this, I want to know why the adults couldn’t find this.”  Out of the mouths of babes, right?

A little bit of research shows that to be a teacher in Kansas you only have to pass a fingerprint based background check. While that might be cheap and expedient, think about the all of the bad publicity plus the time and money that was lost because of this one bad hire. This school board should be thanking these cub journalists for saving them from much more grief down the road.

The lesson to take away from all of this: A penny saved is not always a penny earned. Skimping on background checks can cost you in the long run. 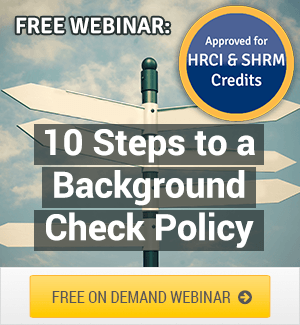