A Russian cyber-criminal has been convicted of hacking into point-of-sale computer systems to steal and sell credit card numbers to the criminal underworld. Roman Seleznev, aka Track2, broke into computers and installed malware. He ran his network from Russia, but attacked several American businesses. Some were forced into bankruptcy as a result of the cyber-assaults. When arrested, his laptop contained more than 1.7 million stolen credit card numbers. He won’t be sentenced until December, and faces even more charges in Nevada and Georgia.

All new recruits for the German military will have to undergo a security background check before being allowed to serve. Up until now, soldiers were allowed to join up and then go through a background check after enlisting. This reverses the process. The goal of the new law is to prevent extremists from receiving weapons training in the army that could later be used to carry out acts of violence.  The country’s Military Counter Intelligence Service (MAD) is already investigating more than 300 suspected extremists within the ranks.

The current Form I-9 expired back in March. Now the Office of Management and Budget (OMB) has approved the revisions to the updated form. The actual form has not been released yet, but once it is available, employers will have an additional 150 days to switch over. The new form will have “smart error-checking” features. It will also have some new fields and a QR code. However, it is not the same as an electronic form. Employers filling out the form using Adobe Readers will still need to print them, get signatures and store them properly.

A Georgia federal judge has approved a settlement in a class action case against Home Depot. In 2014 the home improvement giant fell victim to a large data breach. Hackers stole personal and financial information from an estimated 56 million customers. Customers sued claiming Home Depot’s management was negligent by being “willfully dismissive” of data security concerns. They claim damages that included unauthorized charges, theft of financial information and the cost of identity protection after the breach. The judge ok’d the proposed $13 million settlement for the customers. A suit brought by the financial institutions is still pending. 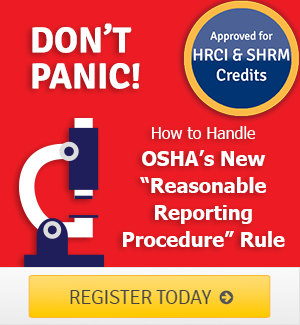