The debate on how ridesharing companies should background check their drivers is reaching a boiling point with Uber threatening to pull out of the state of Maryland. The state passed a law in July of 2015 that requires all transportation services to do fingerprint-based background checks on all of their drivers. Uber has long argued that such checks are more discriminatory than helpful because fingerprint databases can only tell if someone has been arrested. It can’t tell you if the job applicant was found not guilty or if the charges were dropped all together… which is common. Uber currently does courthouse based searches that find the outcome of criminal cases. The company presented this argument to the state during a three-day hearing in November. The decision will be announced on December 22nd.

It might be a real shame to lose a ride-sharing company during the holidays, especially since the time between Thanksgiving and New Year’s Day is one of the deadliest on America’s roads. Every December for the last 35 years has been designated by the president as National Impaired Driving Prevention Month. That means law enforcement efforts will be multiplied to keep drunk and drugged drivers off the road.

We haven’t talked about Ban the Box in quite a while, but today we have a couple of stories to share with you. On January 1, 2017 a Ban the Box ordinance will go into effect in the City of Los Angeles. The law will prohibit employers from asking about past criminal convictions until a conditional job offer has been made. The ordinance is being called one of the most progressive in the country because it applies to private businesses with 10 employees or more, in addition to all city contractors and subcontractors.

Students applying to go to school at the University of Minnesota will also avoid having to disclose felony convictions and pending charges when they fill out their admissions paperwork. While the question will appear on the national “Common App”, the university will not be accepting the data. They will, however, ask about any history of academic dishonesty and sexual offenses, and anyone applying for campus housing will have to disclose felonies and misdemeanors. 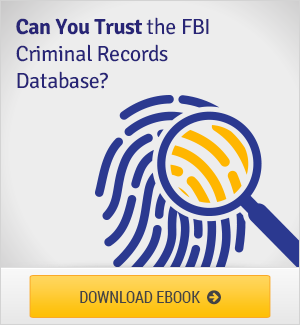