First the European Court of Justice invalidated the US-EU Safe Harbor agreement.  Now ripple effects are being felt by American companies from as far away as Israel. The Israeli Law, Information and Technology Authority announced it no longer trusts the US with its citizen’s private data. Israel’s Protection of Privacy Law says a citizen’s personal data cannot be exported to a country with a weaker level of protection than that guaranteed by Israel. While Israel is not a part of the European Union, it did hold something called “adequacy” status with the EU which allowed electronic data to flow freely. When the US had the Safe Harbor agreement with the EU, Israel had considered the transfers to be safe, but that has all changed since the high court’s decision.

Cab drivers in San Francisco will now have to pass an annual drug and alcohol test in addition to the background checks and fingerprint scans that are already required. The cabbies’ union fought back against the new regulations because the drug tests include a screen for marijuana, but had no exceptions for those using medical marijuana- which is legal in California. After a hearty debate, the San Francisco Municipal Transportation Agency Board of Directors voted to offer exemptions for those drivers with valid medical marijuana recommendations. These tests finally make taxi drivers compliant with a law passed in 1996!  While the drivers and their union are satisfied with the exemptions, they are still angry at all the regulations required of them. They say the drug and alcohol testing is just another layer of screening that is not required of their most aggressive competitors- ride-sharing drivers for companies like Uber and Lyft.

Here is one of my favorite quotes of the week. When asked if members of the Maine State House should have to pass drug tests before being allowed to serve the people, State Representative Larry Lockman said,- quote- I have constituents who think we’re smoking crack down there after the latest state budget!  Lockman is now sponsoring a bill called, “An Act to Require Random Drug Testing of Legislators.” The details have not been fleshed out yet, but Lockman says random drug testing of lawmakers will give Mainers peace of mind. Earlier this year the state started requiring convicted felons to submit to drug testing to get welfare benefits. Representative Lockman says testing lawmakers as well will make things fair.  The state legislature doesn’t reconvene until January. We will let you know if the proposal goes anywhere! 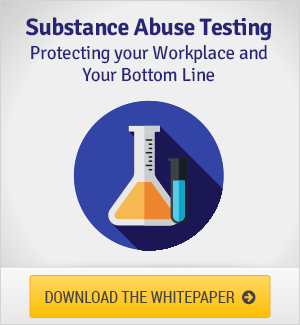