AARP has released a study that might have recruiters looking more closely at the over-50 crowd. The study found that workers in this age group are the most engaged of all employees which has a positive effect on retention and business results. The number of over-50 workers has increased since 2002 and they are expected to be 35 percent of the workforce by 2022. The study shows other advantages to hiring more mature workers include their experience, professionalism, work ethic and lower turnover rates.

Yahoo may have been scanning its customers’ incoming emails for specific details requested by the U.S. government. According to Reuters, this top secret assignment could derail the shiny new E.U. /U.S. Privacy Shield agreement.  Irish politicians say scanning emails from E.U. citizens would infringe on the very right to privacy that the agreement is meant to protect. Yahoo has not confirmed or denied that they scanned any emails on behalf of the government. European consumer organizations are now calling for an investigation.

The U.S. Court of Appeals for the District of Columbia has made a dramatic decision about how the Consumer Financial Protection Bureau (CFPB) is run. The agency that was created under the Dodd-Frank Act in 2010 to police financial institutions has a director who answers to no one. The only other person in the entire government with that kind of autonomy is the President! When there is a single director leading an agency- versus having a group in charge- the director must be a presidential appointee who can be removed from the position at-will.  The director of the CFPB could only be removed for cause, meaning he essentially had unchecked power. The situation has now been declared unconstitutional. The court says the fact that the President does not have oversight of the agency is a direct breach of Article II of the constitution.

On October 6th a U.S. District Judge granted summary judgement to JPMorgan Chase in a case filed by a job applicant claiming the bank’s hiring process violated the Fair Credit Reporting Act (FCRA). The plaintiff says the bank violated the law by failing to give her a copy of her rights, or a copy of the report—which was generated by a service that pulls fingerprints from the FBI database. The Judge found that since the company merely transmits information from the FBI and does nothing to evaluate the data, it is not a consumer reporting agency and is therefore not covered by the FCRA. Attorneys for the plaintiff have already said they plan to appeal the decision. 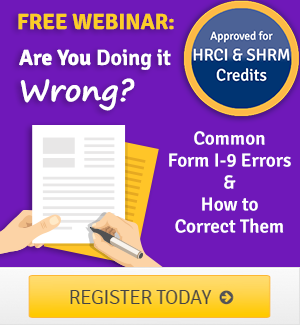