The family of a war hero who was gunned down by a co-worker has been awarded more than $1 million by the jury that heard their negligent hiring lawsuit. Last year Steven Damien Young killed his co-worker Jacob Matthew Cadriel while they were working together at Woven Metal Products in Angelton, Texas. Young had several prior charges and convictions in violent crimes ranging from carrying an illegal weapon on the jobsite to terroristic threatening, but the company did not do pre-employment background checks. They also ignored several complaints about Young’s erratic and unstable behavior while on the job. After the murder, the company claimed they were in the process of firing Young over an earlier incident, but they “let time slip away.”

U.S. Citizenship and Immigrations Services (USCIS) has been promising a new and improved Form I-9 to be used for Employment Eligibility Verification, and the form has finally been unveiled. The new I-9 now asks for “other last names used” rather than “other names used.” There are new prompts and additional instructions to help make filling the form out easier. More room has been added to enter multiple preparers and translators, as well as an area dedicated to additional information instead of putting those details in the margins. The new form is ready to be used, but employers can continue using the old form until January 21st.

Taking a Stand Against Legalized Marijuana

As we mentioned in our last Legislative Alert, eight states passed some form of legalized marijuana on Election Day. But success at the ballot box doesn’t necessarily lead to support on the ground. More than 70 percent of voters in Florida said yes to medical marijuana, but eight cities are placing temporary bans on marijuana dispensaries and treatment centers until they can assess the effects on the community and set up some zoning restrictions. The Department of Health must have the regulations drafted by June. In Maryland, only one percent of doctors have signed up to be part of the state’s medical marijuana program. LifeBridge Health and MedStar Health- both major hospital systems- will not allow their doctors to recommend medical marijuana. World renowned Johns Hopkins is reportedly still determining what its policy will be.

Join us on November 30th at 1pm Eastern for a free webinar about how these new marijuana laws impact employers. Click below to register. 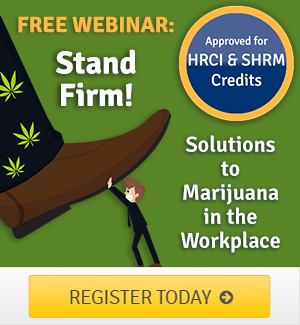