Your Credit Score Could be Going Up

If you have a tax lien or a civil judgment that has been dogging your FICO credit score, you might be in luck. The three major credit reporting bureaus -- Equifax, Experian and TransUnion  --  have all decided to remove this data from their reports. Liens and judgments will only be listed if they have at least three of these identifiers: the subject’s name, address, Social Security Number or date of birth. Most liens and judgments do not have all of this information. The hope is the change will help borrowers and boost economic activity. But it is important to note that consumers with liens or judgements are twice as likely to default on loan payments, according to LexisNexis Risk Solutions. The change goes into effect on July 1st, and is expected to significantly raise the credit scores of more than 12 million people.

A bi-partisan group of senators is asking Attorney General Jeff Sessions to give them “immediate assurances” that he will not undo a policy that allows states to make their own marijuana laws. Sessions recently said he is “dubious about marijuana,” but there is no indication that he has plans to use Federal law to override the voters in the 8 states that now have recreational marijuana and the 28 that have approved medical use of the drug. In fact, Kentucky Senator Rand Paul says Sessions said he would “have to have some respect for state’s rights on these things.” So, time will tell.

Home Depot announced it will be settling a class action lawsuit for $25 million. The suit was filed over a data breach back in 2014 that compromised the credit and debit card numbers of 56 million customers. Home Depot has already acknowledged that hackers placed malware on its self-checkout kiosks in stores across the country. In addition to card numbers, the hackers were also able to access names, expiration dates and security codes—pretty much everything they needed to make purchases. Dozens of financial institutions filed 25 class actions against the home improvement giant. Those suits accused Home Depot of neglecting data security in order to minimize costs. The settlement requires stores to enhance their data security to prevent future breaches. In addition to the $25 million settlement, Home Depot will also pay costs incurred by the financial institutions because of the hack.

Winter Storm Stella definitely left her mark on the Northeast this week, and that could translate into some delays in getting background screening resources from several states. Courts were closed on Tuesday from Vermont down to Maryland. By Wednesday many were open but operating on a weather delay. 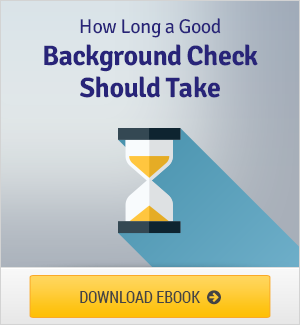