It’s been a long couple of weeks for the lawyers for Waffle House.

First on June 6th, job applicants filed a motion for class certification in their FCRA case against the chain. Hopeful class members say the company failed to tell applicants that background checks were being conducted as part of the hiring process. They also say the company failed to provide any adverse action when hiring decisions were made with information gleaned from the checks. The plaintiffs accuse the waffle giant of using a “fast and cheap alternative” instead of a Consumer Reporting Agency that follows the FCRA.

Then, just a few days later, a Florida federal judge refused the restaurant’s request to toss the case. Waffle House and the online company that provided the background report, The Source for Public Data, filed a motion to dismiss claiming the named plaintiff didn’t have standing. William Jones showed paperwork that he says proves the company did a background check on him; Waffle House execs say that report doesn’t exist. Because of the conflicting stories, the judge says the case needs to be heard by a jury.

Don’t Face a Penalty for Not Posting!

The Equal Employment Opportunity Commission (EEOC) has increased the fines for businesses that fail to post Title VII, ADA and GINA notices in the workplace. As of July 5, 2016 the fines will increase 150 percent.

Businesses have long been required to post information to educate employees about their rights under Title VII of the Civil Rights Act of 1964, the Americans with Disability Act and the Genetic Information Nondiscrimination Act. But the penalties for failing to do so had not been adjusted for inflation. With the new rule, fines will jump from $210 to $525 per violation.

Ban the Box Continues to Spread

Two more states are jumping onto the Ban the Box bandwagon. Louisiana Governor John Bel Edwards signed House Bill 266 which requires state employers that are hiring for unclassified positions to remove the criminal history question from their employment applications. They are allowed to ask about any run-ins with the law during the interview phase, when the applicant will have a chance to explain the circumstances, if they wish. This legislation goes into effect on August 1, 2016.

Connecticut also has a similar new law signed by Governor Dannel Malloy. The law, “An Act Concerning Fair Chance Employment”, applies to both public and private employers with one or more employee.  The law, which goes into effect on January 1, 2017, does have exceptions for some sensitive positions. Employers in both states need to review their applications well before the laws take effect.

Register here for our free webinar on July 12th at 1pm EDT: 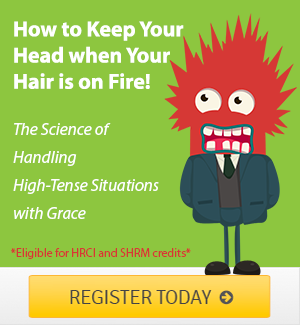