Is Your Driver’s License TSA Approved?

By this time next year, travelers in eight states will no longer be able to board a plane using their driver’s license as ID. If your license was issued by Kentucky, Maine, Minnesota, Missouri, Montana, Pennsylvania, South Carolina or Washington State, you will have to travel with your passport or another form of government ID. The Department of Homeland Security’s Real ID program requires states to verify the identity of anyone applying for a license. It also requires anti-counterfeit technology on the licenses and background checks for the workers who issue them. The eight states on the TSA’s list fall short. Seventeen other states have applied for and received extensions, but all of them need to meet the standards by 2020.

The Little League International Board of Directors has instituted changes for 2017 to make sure all volunteers are subject to a stringent criminal background check. The new rule also requires all volunteer names to be run through the National Sex Offender Registry. In order to make these checks feasible, Little League has paid for 125 background checks for each local league every year to make sure that lack of funds doesn’t put children at risk. Volunteers are not allowed to have any convictions, guilty pleas, no contest pleas or admissions of any crime involving minors.

Medical marijuana is not cheap, and a lot of patients are trying to get help with the cost from insurance companies. The decisions are a mixed bag.

In New Jersey, a man who was injured while working for a lumber company gave up on his legally prescribed marijuana because he couldn’t afford the nearly $500 an ounce price tag. New Jersey’s medical marijuana is some of the most expensive in the country and insurance is not required to pay for it. The patient complained that the alternative- Percocet- caused him debilitating side effects. An administrative judge decided workers comp insurance needs to cover the cost of medical marijuana because it is a legal option in the state.

In North Dakota, health insurers are refusing to provide medical marijuana coverage. They are taking the simple stand that in order for a drug to be covered, it must be FDA approved. This approval checks for safety and effectiveness and can take years of studies. Companies say without the research they cannot be assured that the drug is safe or effective for the myriad of illnesses listed in the various state laws.

Join us on Wednesday, January 18th at 11am ET for a free informational webinar: 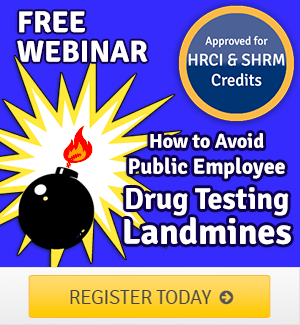