Boston police are in the process of buying a software package that will let them scan social media for hints about upcoming criminal activity and threats to public safety. Several cities are already using this kind of information. Similar systems were used to track protests earlier this year in Baltimore and Ferguson, Missouri. According to the FBI, Twitter in particular, is the place where news often breaks first. The American Civil Liberties Union (ACLU) is fighting the move, claiming it will hurt free speech. Boston officials say the goal is mainly to prevent acts of terrorism… something the city hopes to never see again.

The New York Department of Health has approved an amendment to the state’s medical marijuana law to allow some nurse practitioners to prescribe medical marijuana. The nurses will need to be licensed and in good standing. They will also have to complete a four-hour state course on prescribing the drug. The amendment went into effect on November 30th.  There is also a proposal to allow physician assistants to certify patients for marijuana use as long as their supervising physician is registered as well.

There seems to be a growing talent shortage around the globe. The ManpowerGroup released its 11th annual survey of more than 40,000 employers in 43 countries. It shows that 40 percent of global employers are having trouble filling jobs right now. That is the highest percentage in 10 years. Skilled trades like electricians, carpenters and plumbers are getting hit the hardest by the shortage. IT jobs are a close second. The top three countries struggling to find qualified applicants are Japan, Taiwan and Romania. Check out ManpowerGroup's Talent Shortage Survey infographic for more details.

The U.S. Department of Transportation’s Federal Motor Carrier Safety Administration (FMCSA) has announced the creation of a national drug and alcohol clearinghouse for commercial truck and bus drivers. This database will contain records of all violations by commercial driver’s license (CDL) holders. As of now, there is no comprehensive, searchable database to find out if a job applicant has failed a drug and alcohol test. Employers and medical review officers will be required to report drivers who test positive for drugs or alcohol.  Once the system is up and running in 2020, employers will be required to search the system for records on all of their current and prospective drivers before allowing them out on the road. 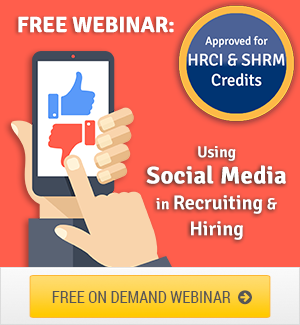