A judge dismissed two class action lawsuits filed by unions representing federal employees after the massive 2015 data breach at the Office of Personnel Management (OPM). The attack put the personal information of more than 21 million Americans at risk. Even though the National Treasury Employees Union (NTEU) and the American Federation of Government Employees (AFGE) filed separate suits against the OPM, U.S. District Judge Amy Jackson dismissed them at the same time because she says neither group has standing. She said the unions sought damages for improper disclosure of private information rather than theft, even though the investigation found the info was stolen by hackers. She also said plaintiffs could not prove imminent, or even likely, future harm. Even if their data was compromised, it would be impossible to prove it was the OPM breach and not one of the many other massive retail and financial breaches that have happened recently; the judge said those who have already had their credit cards or other PII misused cannot definitively tie the crimes to this breach. The NTEU immediately appealed the decision. The AFGE says it is “seriously evaluating all options to challenge this decision.”

Revisions to the Mandatory Guidelines for Federal Workplace Drug Testing Programs using urine become effective on October, 1, 2017.  These revisions bring many changes including the removal of methylenedioxyethylamphetamine (MDEA) from the standard testing panel given to civilian federal applicants and employees. In its place, agencies will be allowed to add four Schedule II semi-synthetic opioids to the standard panel in an effort to combat growing opioid abuse. Another change requires the observer assigned to oversee observed urine collection to be of the same sex that the donor identifies with.

A plan by D.C.’s mayor could make a two year process for sealing some criminal records instantaneous. Mayor Muriel E. Bowser says the plan will help ex-offenders get jobs and keep them from becoming repeat offenders. Every year thousands of people are arrested in D.C. but have their cases dropped before they even have their first court appearance. According to the Washington Post, prosecutors in the District do not pursue about 12,000 arrests every year. Under current law, the arrestee has to file a motion to have their records sealed and the waiting period can be up to two years. If this new proposal becomes law, those who are not prosecuted, are found not guilty at trial, or have their cases dismissed will have their records sealed automatically. The Mayor says she plans to hold meetings with public safety experts before drafting any legislation.

California Set to Ban the Box

Both the California State Assembly and the State Senate voted to pass a law that bans questions about job applicant’s criminal histories. The bill now sits on Governor Jerry Brown’s desk. If signed into law, employers would have to wait until a conditional job offer is made before asking about an applicant’s criminal history. If something does come back on the criminal background check employers would be required to do an individualized assessment to determine if the history has any correlation to the job description. If the applicant does not get the job, the employer would be required to give them written notice saying why they were disqualified. The legislature also passed a bill that would prohibit employers from asking applicants to disclose their salary history. 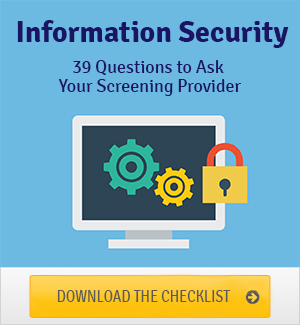