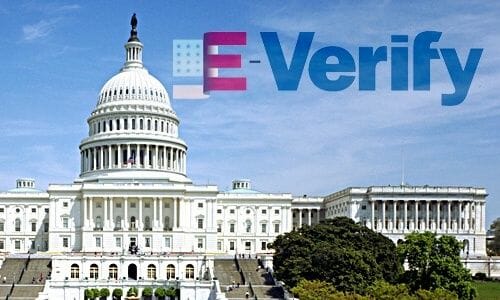 Did the Office of Personnel Management fail to address problems that ultimately allowed a hacker to steal personal information from millions of federal employees? A former U.S. attorney’s office employee alleges just that in a proposed class action filed in response to two massive data breaches earlier this summer.

The case was filed in Kansas federal court by Mary C. Woo. Ms. Woo claims the OPM has known about massive cybersecurity risks since 2007, if not even earlier. The OPM handles massive amounts of private and sensitive information, but for years the Office of Inspector General warned that the agency wasn’t adequately staffed and that cybersecurity leadership positions went unfilled.

Private information of more than 22 million employees was compromised during the two summer attacks and the Director of the OPM resigned.

Senator Elizabeth Warren introduced a bill that would prohibit employers from checking applicants’ credit reports as part of the hiring process. The Equal Employment for All Act of 2015 would amend the Fair Credit Reporting Act (FCRA).

In addition to preventing employers from asking for these records to be disclosed, the bill would also make it illegal for employers to disqualify applicants because of poor credit history, but there would b e a list of exempted positions that require national security clearances.

This bill is very similar to legislation introduced in the House in 2013 but later stalled in committee.

Lawmakers are on vacation until September 8th. When they return they will have just 22 days to reauthorize the E-Verify program. The system, which allows employers to electronically verify a new hire’s work authorization, will expire on the 30th if no moves are made.

Congress must decide if it is going to continue this and three other related programs… the EB-5 visa program, Conrad 30 waivers and religious worker visas.

Nabbed for Ignoring Ban the Box

The Seattle Office for Civil Rights has taken in $20,000 in fines from 40 businesses that allegedly violated the city’s ban the box law. The Seattle Job Assistance Ordinance took effect in November of 2013. Since then, employers have been banned from asking about criminal history on job applications, or even advertising that applicants need to pass a background check. Background checks are allowed after the initial screening process, but employers are not allowed to automatically exclude someone from consideration just because they have a record.

Employment Background Investigations is a technology driven leader in domestic and global pre-employment background checks, drug testing, occupational health screening and I-9 compliance. We specialize in development, implementation and management of customized employment screening programs for large and multi-national clients. We are dedicated to information security.  EBI is the only NAPBS Accredited background screening company in the world to hold both an ISO 27001:2013 certification for information security and an ISO 9001:2008 certification for Quality Management.