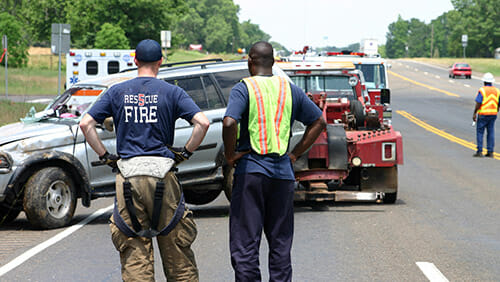 That must mean all of these dangerous drivers were stoned — right? Unfortunately, that’s not what it means at all. Here’s why…

THC (the active chemical in marijuana) affects everyone differently. It is nearly impossible to say if a driver involved in an accident was impaired at the time. A driver could test positive for THC in the blood if they smoked marijuana a week or more before the accident. The test doesn’t prove that the driver was impaired at the time of the crash, just that he had partaken at some point in the last month or so.

Let’s say the driver admitted to smoking that day. You still can’t prove anything. Current testing methods can tell if you have used, but unlike blood alcohol tests, there is no way to determine how impaired you are. In fact, a driver showing very low levels of THC could be impaired while another with very high levels of THC might not be impaired at all. Unlike with alcohol, it is impossible to determine the level of impairment by just looking at the amount of drug showing up in your body.

So what is the solution? Companies are working to create accurate roadside testing methods, but as we just mentioned, that might not be enough. The AAA Foundation for Traffic Safety is recommending a two-part system. One would be a testing method to look for any evidence of drug use, but they want to include another screen to measure behavioral and physiological evidence of impairment.

While there are limitations in how well drug testing can keep impaired drivers off the road, it is still a valuable tool for employers. Even though marijuana is now legal in some form in more than half the states, employers across the country are still fully within their rights to demand a drug-free workplace.