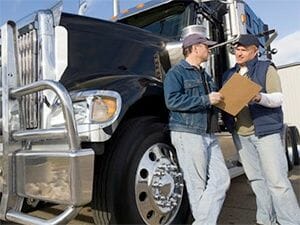 All Commercial Driver’s License (CDL) holders, and the companies that employ them, need to be aware of a new announcement from the Federal Motor Carrier Administration (FMCSA).

In 2008 the FMCSA began a massive effort to modernize and streamline recordkeeping by merging all drivers’ medical certification records with their state issued CDLs. States received money from the FMCSA to make the IT upgrades necessary to merge all of the records into one.

Six years later, the new online database, called the Commercial Driver’s License Information System (CDLIS), is still not complete. As of January 16, 2013, only 34 states were in full compliance with the new system.

This means that for the next year, all CDLs need to keep hard copies of their medical examiner’s certificate and be able to produce them upon request.

This year-long extension is purely for the drivers’ protection. If they don’t present a hard copy of the medical certificate during a traffic stop, they can be cited for violations in states that are not in full compliance.

This extension expires on January 30, 2015. Employment Background Investigations works with companies to design and administer pre employment background screening, drug testing and alcohol testing as well as occupational healthcare services to meet DOT compliance standards. We understand that administering a DOT program can be complicated and time consuming to manage internally. We have all of the tools, compliance knowledge and reporting to keep your DOT regulated program compliant while running smoothly.

EBI’s solutions include DOT compliant employment verifications, motor vehicle record checks and drug testing solutions that adhere to the regulations outlined within Code 49, Part 40 of the Federal Code of Regulations.

The handling and storing of data might sound like a dry, IT topic, but in this day and age of […]

Why the EEOC Cares American Idol debuted its 13th season a couple weeks ago. How time flies. It seems like just […]